From the files of Resolume, Private Investigator: 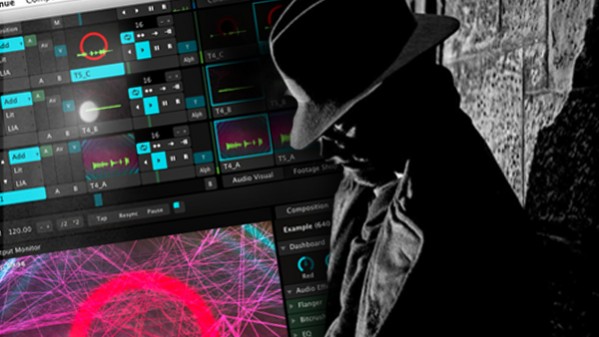 "The moment the dame walked in, I knew she meant trouble. I should have never taken the job, but I needed the money. Besides, I'm a sucker for a sweet smile and a twirl of the hips.

I figured it would be an open and shut case of keeping an eye on the husband. Spend a few nights shadowing the guy. Find out where he was spending all his late nights, coming home smelling of expensive liqour and traces of lipstick on his collar.

Turns out there was more to it than that. The dame asked me to check out a gang of bugs. A particularly nasty gang of bugs going by the name of the Shifty Boys.

I found the bugs hanging out in a shady bar called Kernel. I didn't like the looks of them. Not one bit. I took a deep breath, made sure my .45 was loaded. Then I entered the dive…"

Resolume 4.1.7 is a tough as nails PI, that always gets the job done, no matter what. 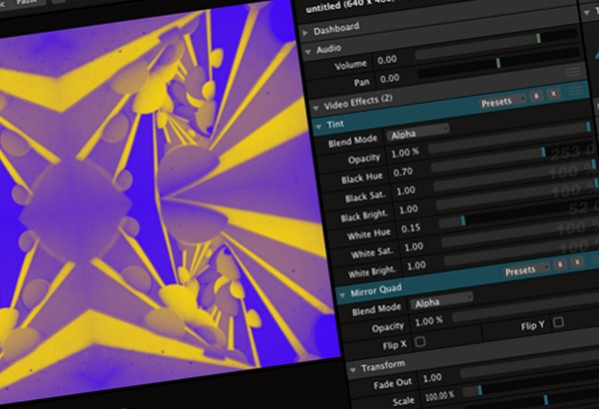 Improvements and important bug fixes.
[FIXED] Flash no worky on the Mac
We now include the flash player in the .app bundle so on the mac Resolume does not depend on the flash player that is installed on the system.

[FIXED] Crash when creating new composition, resizing composition and opening midi map
This was a huge thorn in our eye for a long time. Luckily we were finally able to get our hands on a machine that had the problem, and we fixed it up good.

[NEW] Layer Opacity 0 = Bypass
When the opacity of a layer is 0 it's not rendered anymore. This can give a huge speed improvement, especially on hi-res compositions with a lot of layers.


Seems optimizations are giving results. My performance test with 4.1.6 gave only 23fps as minimum but with 4.1.7 gives minimum of 34,9fps which is quite much better. Nothing has changed in my setup so this is purely resolume related. Dropping two layers to opacity 0 is as same as disabling the layers completely (fps rises same amount) so this improvement really works.

I must say that this is really the correct way of progress! Thumbs up!

edit: Because this flash problem is hopefully finally solved I start to research flash using possibilities.

It's like you read my mind, and magically added the things that I wanted. The layer opacity/bypass is HUGE for my setup. Thanks for continually improving this excellent program!


love you guys, bypass is great and i can change the resolution now without loading a new config file now. neato!!


Is this version fixed the osc output problem?