A while ago i got this info: 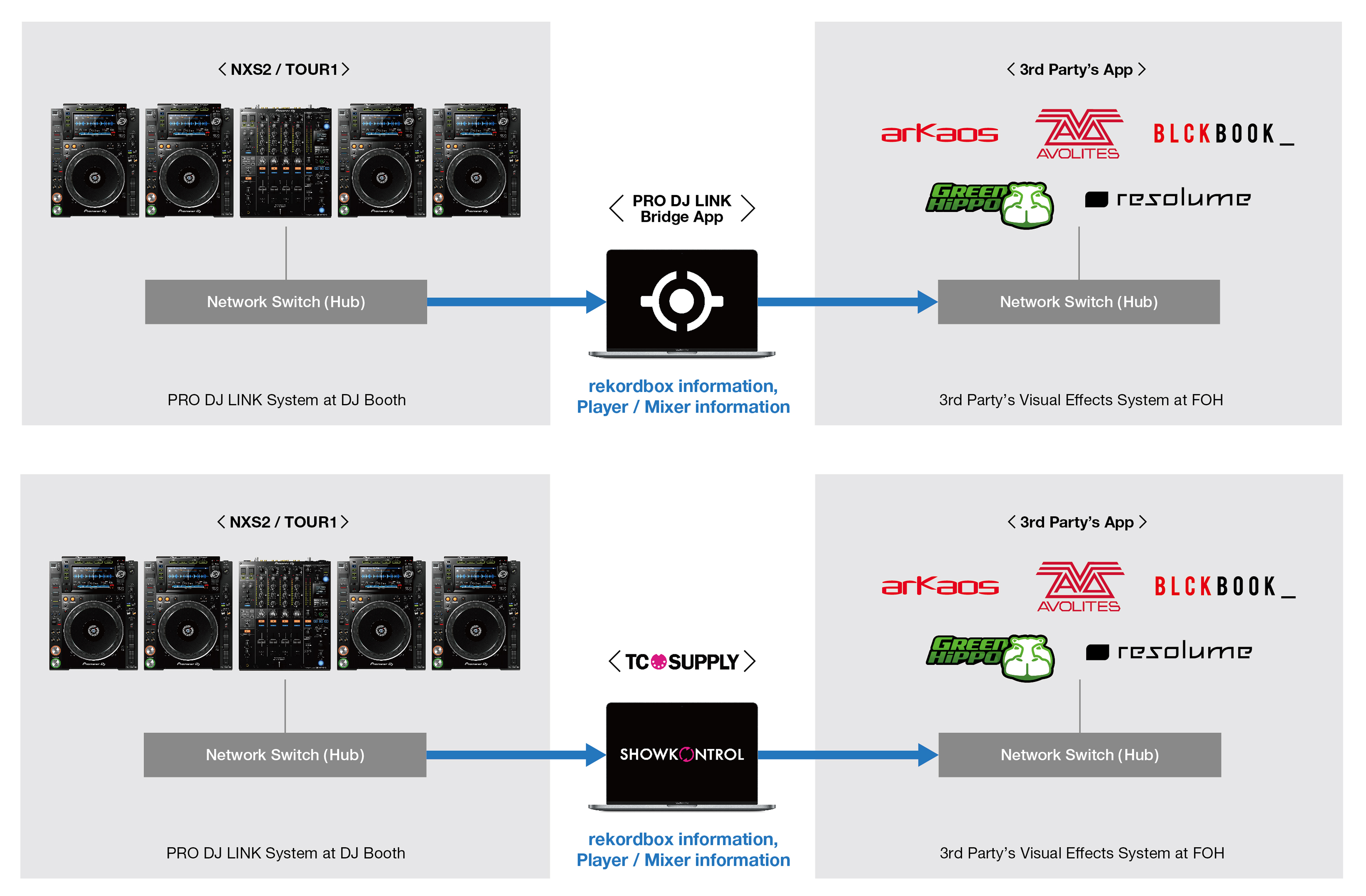 I realy liked this becouse most of the gear in my bubble is pioneer stuff (and A&H mixers s.t.).

Does it mean resolume nativly can grap the bpm or even some controles of the CDJs and i can set up some effects etc to react with this values?

I have a show next weekend were i have some time & nice ppl to play around and test some stuff. So i want tto know if its worth to try and bring some long network stuff with me.

He2neg wrote: ↑
Sun May 19, 2019 16:18
Does it mean resolume nativly can grap the bpm or even some controles of the CDJs and i can set up some effects etc to react with this values?

OKay, thanks... just in time so i dont wast time tomorrow testing around

The cunfusment was that resolume was listed as partner and was in the picture as "working".... i just thought i missed that here...

Joris
Doesn't Know Jack about VJ'ing or Software Development and Mostly Just Gets Coffee for Everyone
Posts: 5185
Joined: Fri May 22, 2009 11:38

This is probably a good moment to clear things up.

Pioneer CDJs, Denon players, etc are basically computers. Computers that figure out which track to play and how fast to play it.

Using a network, these computers talk to each other and exchange data. By connecting to that network, you can pick up the data and do cool stuff with it. Like run two CDJs in the same BPM or access the same track data. This is how the players communicate with each other and the mixer. Taking it further, you could even do crazy things like connect an actual computer running a video software to trigger clips based on what track is playing. I know, crazy, right.

Of course it's bad practice to let just anybody access this data. A few years ago, a few people figured out how to hack their way on to the Pioneer network by pretending to be a CDJ. This turned out to be potentially very dangerous and Pioneer basically banned everybody (aside from TC Supply) from accessing the network. Synced shows are great but not at the cost of audio crashing mid show, right?

Then Denon came out with a protocol that allowed certain certified parties to access the Denon network. Resolume was one of those certified parties, they contacted us months in advance, communicated with us, we had meetings and we planned a release. When the protocol was announced, we had our release ready too and it made a little buzz. Using Denon players, you can now sync video to the audio playing on the player.

This TC Net Bridge app is basically the same thing for Pioneer. Pioneer still prohibits just anybody from accessing the Pioneer network. Instead, only ShowKontrol or the Bridge app are allowed to connect. Certified parties then connect to the Bridge app to retrieve the data they need. It's very safe and a great way to keep everyone from interfering with each other.

Resolume is one of the certified parties, so we're allowed to access the data. But contrary to what that picture suggests, that doesn't mean it will work out of the box. We still have to implement the sync on our side, same as we did for Denon. Planning wise, the timing for the Bridge app release didn't work out for us. Our plate was already stupid full when we heard the release was coming and we've had to push it back for later.

Unfortunately, for the average user it's all a bit unclear on how these protocols interact and who is supposed to do what. So the net result is that apparently everybody is pestering the TC Supply people to make it work with Resolume, while the last feature request we got for Pioneer support was months ago. Even though TC Supply has done what they could and it's up to us now. I'm hoping that with this explanation, it's a bit clearer on what's going on and what the score is.
Top

Any further news on this? Would be good to at least match BPM with Pioneer DJ Link.
Top

We're working on it

is it done yet?

Lol but really are we there yet?
Top